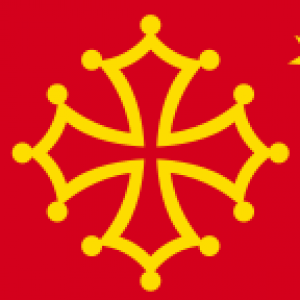 The LLC Occitan forum seeks to promote scholarly activity regarding the language, literature, and culture of Occitania, those regions where langue d’oc (sometimes called Provençal, after one specific area, Provence) is and has been spoken. This language flourished in the twelfth and thirteenth centuries, notably in the hands of the vernacular poets known as troubadours and trobaraitz. Though its survival is threatened, various dialects continue to exist in southern France, Catalonia, and Italy.

International politics and troubadour rhetoric: the survival of the fittest

The description of rhetorician, master of language able to distinguish between publics of all kinds, is part of the definition of the troubadour, almost from the beginning. Arnaut de Mareuil’s ensenhamen, Razos es e mezura (1170) spells out clearly the responsibilities of the poet and these include the ability to make fine distinctions between patrons fine and the fetid, connoisseurs and coquettes. I will be looking largely at the third and (let’s call it) fourth generation of troubadours, those who came in the wake of Arnaut and had absorbed and then echoed his varied lessons. I will survey briefly Arnaut’s treatise and Abril issía, then move in two opposite directions: first to Barcelona, to look at the case of Cerverí de Girona, a public poet par excellence, and a prolific one, who wrote for the royal court of Jaime I; and then the court of the Malaspinas in the Piedmont, which served for a decade or more as the crossroads between ‘Italy’ and ‘France’, a haven through which all poets traveled. The songs produced for these courts bristle with wit and bite and offer a glimpse of what troubadours did when they were on the make, in search of public fora. Some of the major poets writing in Barcelona and the Piedmont also wrote ensenhamens of their own, including Cerverí, Raimbaut de Vaqueiras, Uc de Saint Circ and Sordello, justifying in the process their practices and highlighting the importance of debate, sycophancy, and slander in the repertoire. A contrast between the ‘Catalan’ and ‘Italian’ examples should offer an instructive and unusual angle on international politicals in an age when Occitan still served as its language of preference.

“De paraulas es grans mercatz”: Troubadours, their public, and the market of words

Peire Cardenal, in “De paraulas es grans mercatz,” depicts the public for troubadour lyric as a market, both literal and figurative. In this paper, the notion of mercatz is used to investigate the relations of exchange between troubadours and the varied parts of their public: the audiences of performance, patrons, ladies, and other troubadours. The troubadours’ own ideas of value, price, and exchange help illuminate the manner in which they sought standing in their profession or personal prestige, claimed patronage or payment, positioned themselves with respect to other troubadours, and marketed their work to different segments of their public—which sometimes involved layers of secrets, of various degrees of openness. This paper will examine the work of various troubadours, and the manner in which they use concepts of exchange and markets to describe their activity and their relations with their public. The works of Arnaut Daniel, Uc de Saint Circ, and Aimeric de Peguilhan show the value (monetary and nonmonetary) that lyric might hold for poets as well as for different kinds of patrons. Various satirical and critical lyric works, especially those the 1220s in Italy, are examples of the troubadours’ need to position themselves with respect to one another in the competition for patronage. Finally, the tenso between Raimbaut d’Aurenga and Giraut de Borneil (“Ara·m platz”), stunningly illustrates the manner in which troubadour lyric may be marketed to different segments of its audience.

What do we gain when we apply the rubric of “Public Troubadour” to a figure like Guillem de Berguedà? In this paper I will argue that reading the Troubadours as public figures offers insight into the changing reception of the their work as it moves outwards in time and space from the moment and location of its creation.

A 12th century Catalan nobleman better known today for the vulgarity of his sirventes than for his poetic prowess, Guillem de Berguedå provides a different perspective on the figure of the Troubadour. As a Catalan producing works in Occitan, he offers insight into how the Troubadours were received by their multiple, shifting publics. His songs are rich in the kind of verifiable references to people and places that provide access to his immediate historical context. His songs would later be transmitted in tandem with those of Bertran de Born, famous for his own sirventes thanks to Dante, who condemned him in the Commedia. He also serves as a counter-image for the ideal of the “troubadour-king” that Alfonso X of Castile takes up in the Cantigas de Santa Maria.

This “public” perspective on the Troubadours, from their first flourishing to the circulation of their works as literary objects, offers a glimpse at a tradition in motion. Viewing Guillem de Berguedà as a Public Troubadour provides a framework for investigating issues of access, transmission, and the projection of the influence of the Troubadours beyond Provence and beyond the 12th century.

In a forthcoming article in Tenso, I point to a previously unidentified phenomenon in Occitan lyric poetry: three poets who participated in an exchange of wordplay by concealing separate compositions within the highly structuralized verses of a poem. Each resulting micropoem reinforces, questions, or contradicts the larger composition’s meaning, opening the poems up to broader questions of composition, circulation, and audience.

This paper will address these questions in order to posit the means and manner in which the exchanges took place. As I point out in my article, the three poets who participate in the literary game–Marcabru, Raimbaut d’Aurenga, and Gavaudan–represent three generations of Occitan poetry, but they acknowledge the exchange through intertextual hints and references that refer back to the poem(s) that serve(s) as model.

My paper will suggest that in order to understand how the participating poets may have recognized and deciphered these micropoems, one must take a step back and distance herself from a purely literary or lexical approach–to reconsider the cognitive abilities and processes of an audience caught between oral and literary traditions. By taking into account the musical aspects, repetition and rhyme, and textual clues or inconsistencies, we may begin to glimpse the nature of their transmission and to comprehend how the hidden verses made their aural presence known, in much the same way that they visually jumped off the page at me some eight centuries later. This approach may also shed light on the intended and achieved audiences, begging the question of to what extent this micropoetic game constituted an open secret or targeted a private public.

The LLC Occitan forum seeks to promote scholarly activity regarding the language, literature, and culture of Occitania, those regions where langue d’oc (sometimes called Provençal, after one specific area, Provence) is and has been spoken. This language flourished in the twelfth and thirteenth centuries, notably in the hands of the vernacular poets known as troubadours and trobaraitz. Though its survival is threatened, various dialects continue to exist in southern France, Catalonia, and Italy.