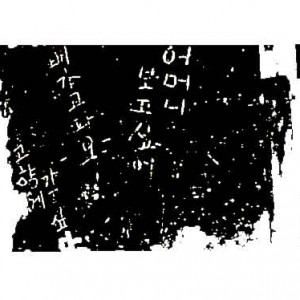 MLA 142: “The Multiple Racial Subjects of Japanese Immigrants: Brazil-Maru and Diversity in Japan”

Session 142: Boundary Conditions and Complexities in Teaching the Works of Karen Tei Yamashita

The Multiple Racial Subjects of Japanese Immigrants: Teaching Brazil-Maru as a Text for Diversity Training in Japan

For students majoring in American literature in Japanese universities, questioning “being Japanese in North and South Americas” rather than generally exploring “what is America” is a good starting point to learn about American literature. In other words, studying American literature in Japan needs a practice of imagining our multiple racial and immigrant subject positions in the age of globalization. In this learning environment, Karen Tei Yamashita’s second historical novel, Brazil-Maru (1992) (look at the screen) gives us excellent input for Japanese students. While North American literature tells us the history of Japanese immigrants with an emphasis on the discourse of victimization under US politics such as the plantation labor and the internment during WWII, Brazil-Maru tells a completely different story of the Japanese in South America – expatriates rather than immigrants, compradors (colonists) rather than subalterns, and socialist Christians rather than a capitalistic model minority. This disrupts our perception of being Japanese immigrants.

By pointing out the racial dichotomy between resistant subjectivity, “the bad subject,” and the assimilated, capitalistic one, “the model minority,” a Vietnamese American writer and professor in University of Southern California, Viet Thanh Nguyen in Race and Resistance (2002) criticizes Asian American academics who choose “the bad subject” as their strategic mode to challenge the capitalistic exploitation in the U.S. yet eventually present this resistant mode as a commodity.  After teaching in the United States for four years as a teaching assistant and for more than ten years later in Japan as a tenured track professor, I started to notice we cannot use either “bad subject” or “model minority” in teaching American ethnic literature in Japan.  In fact, the Japanese students are even more willing to position themselves as “model minority” since they are familiar with US representation of Japan in the high economic growth from the 1970s to the 90s. Such spontaneous identification with the model minority discourse interrupts our occasion to know other aspect of Japanese immigrants in South America.

This is partly because we learn American ethnic literature based on the discourse of victimization. I ask myself, “How can we as Japanese professors who can teach American literature have a critically ethnic viewpoint?”  I started to notice Yamashita’s perspective of the Japanese immigrants in Brazil-Maru is a good starting point for the Japanese students who can avoid falling into Nguyen’s dichotomy.

The students in Japan are not familiar with the image of Japanese Americans in North America because Asian American literature itself has still been considered a very minor area in the English department of Japanese universities.  Of course, students are interested in the field, but because of the learning environment in which they have not met many Japanese American exchange students on campus (we have many exchange students from Korea, China, India, Vietnam, Thai), they do not know this minority group except from the textbooks or historical documents that we teach.

This is their way of looking at Yamashita as a Japanese American writer.  Of course Yamashita was born after WWII but still the students in Japan attempt to see her based on this discourse of victimization.

In contrast to Japanese Americans, we do have more opportunities to see Japanese Brazilians in Japan since the Oizumi cho, the city in the Gunma prefecture and Hamamatsu, the Shizuoka prefecture in Japan are the major communities for Japanese Brazilians working at auto mobile companies and a huge bento (lunch box) company, Origin.  This condition is portrayed in Yamashita’s Circle K Cycles, which they are portrayed as the transnational people engaged in working-class circumstances. The bad stereotypes are also spread by the Japanese media: for instance, the local newspapers sometimes report the crimes caused by these immigrant groups with an emphasis that their customs are not Japanese but more like Latin characteristics.

There are several Japanese writers who wrote about Japanese Brazilians in Japan.  Kenji Nakagami, he is (please look at the screen) a Japanese writer from buraku, ghetto “outcast.”  In Japan, Burakumin is an outcast group at the bottom of the Japanese social order that has historically been the victim of severe discrimination and ostracism. They were originally members of outcast communities in the Japanese feudal era, composed of those with occupations considered impure or tainted by death, which have severe social stigmas of kegare (穢れ or “defilement”) attached to them. Recently we no longer have such social classification but in the 70s and 80s, there were discriminations and persecutions for this group.  Nakagami wrote about the Japanese immigrants who were born in buraku and once worked in Brazil and came back to his community, in his 80s novel, A Thousand Years of Pleasure.  In Kirino Natsuo, (please look at the screen) a contemporary writer, published the novel, OUT in 1997, one of the characters is a Japanese Brazilian boy working at a bento company, who represents, as the title of this novel indicates, outside of the Japanese social orders.  But it stands as the breakthrough for the protagonist, a Japanese wife frustrated with her daily life.  Both Nakagami and Kirino present this immigrant community as the transnational sphere which can transcend the Japanese customs. This is the Japanese perception toward Japanese Brazilians.

Karen Yamashita’s Brazil-Maru is about the group of upper-class Japanese immigrants with a socialist Christian background in San Paulo, Brazil.  Because of this very unique background, the novel deviates from the victimized narrative that Japanese students learn from the US-based Asian American literature. Also this is different from the stereotypes that they have had in Japan.  I would like to point out the benefits of teaching this text as an example of disrupting the students’ fixed perception toward Japanese American literature and the racial representation of Japanese Brazilians.

The novel covers the rise and fall of a Japanese immigrant, Kantaro Uno, who established a socialist Christian community, “Esperanza,” in Sao Paulo, Brazil, in the 1920s. The character of Kantaro Uno is loosely based on a historical figure of a Japanese upper-class immigrant, Isamu Yuba, whom Yamashita personally met and interviewed during the 1970s. (Please look at the screen.) The Japanese immigrants in Brazil that Yamashita focuses on this novel took a unique route to establish their immigrant subjectivity.

Teaching this text also includes the condition in which the Japanese students can learn about the difference between American and Brazilian societies. Compared to the racial tension in the mainland U.S., Japanese immigrants in Brazil were unexpectedly welcomed as citizens in the 1920s.[1] In addition, the 1920s, in which Kantaro Uno was actively engaged in his business, was the period of the artistic movement called “Brazilian modernism,” the cultural renaissance or what is called, “cultural cannibalism” that willingly digested foreign cultures.[2] For Brazil, Japanese are expected to be perpetually unassimilated as the representation of different culture inside their nation. On this point Japanese Brazilian scholar, Takashi Maeyama states, ( please look at the screen)

the current condition of Japan nor the Japanese Brazilian

experiences; rather, it is related to the image of non-Brazilian.

In addition to this uniqueness of Brazilian nationalism, Yamashita’s way of portraying this character avoids the stereotype of Japanese immigrants in the 1920s who were imperialistic. Based on our history, the 1920s was the peak of Japanese imperialism. When we pay close attention to Kantaro Uno’s motivation of leaving Japan, it is not related to Japanese imperialism or ultra-nationalism. It was the natural disaster, the great Kanto earthquake in 1923. Kantaro’s motivation of going abroad is because of this earthquake.  Also Yamashita’s description of Kantaro is more like a person who does not have a strong attachment to his native country, Japan. This also disrupts our conception of being Japanese in a foreign country.

Another reason for Kantaro as a not imperialistic figure is in his attitude during WWII. WWII is the time which best shows Kantaro’s neutral stance without being influenced by nation-oriented politics. During and even just after WWII, the Japanese immigrants in Brazil split into two groups – the Kachigumi (victory group) who falsely and stubbornly believed in Japan’s victory and the Makegumi (defeated group) who accepted Japan’s defeat.  And in the novel, Kantaro maintains the neutral stance during WWII and accepts the people from both sides who suffer from the harassment outside of the farm.

What I found out in teaching this text in Japanese universities is the fact that the book is worth disrupting the students’ conception of Japanese immigrants outside in Japan and also gives a new type of immigrant subject which is different from what they learn from American literature.

Problems caused by teaching this text

However, we cannot ignore the fact that this book contains a controversial aspect.  As I said, Yamashita used an historical figure, Isamu Yuba and his community, the Yuba Farm, in this novel.  The Yuba farm does exist even now and some of the people inside of this community are aware of the novel’s portrait of Kantaro Uno is negative especially towards the end: Yamashita’s way of portraying this character, especially in his later years, he is portrayed as a tyrant figure with eccentric characteristics, which contains Yamashita’s criticism toward this historical figure.  As a professor who introduces this novel to the students in Japan, I need to emphasize this is not the history but one way of representing the unique history of Japanese immigrants. I went to this farm in 2008 and 2010 and met the people over there. And I have been contacting the people in the Yuba Farm in Sao Paulo and ask them permission every time when I teach and have a presentation on this novel.  When we teach this novel, I will definitely introduce this community and let the students discuss the difference between history and representation things.

That’s all of my presentation.  Thank you.

[1] This generosity is in stark contrast to the U.S. immigrant policy that kept Asian labor as a significant element of U.S. economy without considering them as citizens (Lowe 154-173).