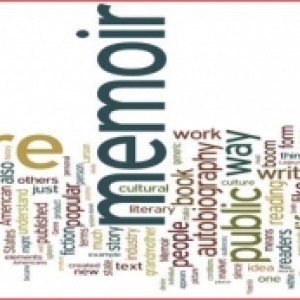 We welcome all scholarly approaches to the study of autobiography, biography, life writing, diaries, letters, life narrative, online representations of identity and personal narrative in print and other media.

My paper explores 1) the historical intersections between biographies and museums, 2) calls attention to books that present themselves as galleries, 3) and links to other galleries online, including my digital project, Collective Biographies of Women.  I highlight the instability of several supposedly reliable indicators of identity in collective portraiture, including prosopographies like Facebook.  I point to further speculation on the distributed agency in such representations; what may look like individual autobiography functions rather as collaborative or corporate biography.  Here, I omit what a slide show central to the presentation.

Part 1: Studies of museums have begun to speak of the life histories or biographies of museums. Inanimate objects, too, have life-histories; museums collect ‘biographies of the objects in their collections,’ according to Samuel Alberti (Gosden and Marshall 1999; Alberti 2005).  All the more so in auto/biographical, personality, or house museums. What is the historical connection between biography and museums?

Precursors of museums were private collections of wonders or works of art in the owner’s home, portraying the travels, taste, and status of the collector.[i] The modern house museum named after its resident, then, hearkens back to establishments that immortalize their donors or founders, as in the Ashmolean in Oxford.[ii]  Sir John Soane’s was one of the first authoritative collections without the premise of rank and estate; a self-made architect who returned with his collection of classical models from a version of the Grand Tour, he made his own expanding, remodeled home into a teaching museum.[iii]  It is a 3-D biography, today.   Many museums of course explicitly represent the lives of many people—such prosopographical museums include the Native American and Holocaust Museums in Washington, D.C.  But even an eponymous museum in a person’s residence tells many lives, co-authored in first- and third-person voices.

Just as museums reward being read in terms of biographical narratives, they intersect historically with biography.  Both Lawrence Lipking and Jonah Siegel have linked the rising status of the author, in eighteenth and nineteenth centuries respectively, with developments in biography and collecting or museum exhibition. A famous repository of literary anecdotes and biographies, Isaac D’Israeli’s Curiosities of Literature from 1791 through 5 volumes by 1823, widely read and reissued, was designed as a codex cabinet of curiosities.  It helped to spread interest in biographical collecting surrounding cultural celebrities.

Both literary connoisseurship and museums collect and preserve relics of the past; aided by biography, they revive personalities behind the creation.  A memorial museum for an individual, as explicitly biographical narrative, has an individualist story to tell, in keeping with the literary trends of the nineteenth century; a visit to a house museum is like a short step into an artist novel or kunstlerroman.  Each house museum tells a different story, of a professional who set up shop and then left valuable wares behind, and of audiences organized enough to sponsor the biographical curation, and of reconstruction based on photographs, records, or memoirs of the rooms when in daily use as a home.   (I write elsewhere about Carlyle’s House and other examples of the curatorial collaboration in biographical house museums.)

Part 2: A wide range of collective biographies serve as albums of portraits in prose and image, but the specific metaphor of the gallery of portraits has a life of its own.  Some 135 collective biographies of women in English adopt the term “portraits,” as in the English translation of Charles Sainte-Beuve’s Portraits de femmes. Paris: Garnier, 1845.

And 63 books employ “beauties”: a plural noun for the women, but also, as Robert Douglas-Fairhurst recently pointed out in a lecture, “Dickens’s Beauties,” a term for collections of textual “gems,” or a sampling of the best of an author or a reading list.

Publishers drew on the fashion for aesthetic collecting when they assembled collective biographies, and invited a reading practice similar to visiting a museum.

“Gallery” is a literal and figurative premise for at least twenty collections in this bibliography.  Some are commissioned engravings of literary or biblical characters.  Some books originate as guides to actual galleries with reproductions of their portraits.  Others are celebrity rosters—women of certain courts or social circles—and still others offer a glamorous parade of famous women of history.  They serve as precedents for People magazine, blended with fashion/gossip journalism.  The subjects have some say in posing for some of the portraits or in writing the letters and memoirs that are gleaned or stitched together to form biographies.

Part 3: Biographical portrait galleries are endemic to the Internet.  Significantly, the Wikipedia article on “Museum,” announces in its first paragraph:

The continuing acceleration in the digitization of information…is causing the traditional model of museums … to expand to       include virtual exhibits and high-resolution images of their collections for perusal, study, and exploration from any place with       Internet.

This is happening in online representation of lives in many forms.  Persons appear in virtual collections, their lives displayed according to templates.  I encourage my audience to browse through Biography.com, which invites you to “explore our gallery of famous look alikes,” and it provides clusters or “groups.”  In the past, Biography.com essentially was a series of hyperlinked illustrated prose biographies, but most of the “mini-biographies” now are short Frontline-style video documentaries.

It’s a modern orthodoxy that we each possess exclusive rights in a self, although identities may be stolen or shared.   But what if all life narrative is immersed in social networks and all personhood is in a sense corporate? And what if a bios or life narrative follows a template or set of raw elements to be filled in?

My work in the CBW project http://womensbios.lib.virginia.edu and http://cbw.iath.virginia.edu/cbw_db/ can help us recognize the effects of ubiquitous life writing today, and it suggests that many concepts of identity and auto/biography are less stable, less personal and inalienable, than we might suppose.  It is worth considering the basic elements that establish a persona, identity and life story in a standardized, collectible form, whether first- or third-person.  A “life” or requires at least a name; events; and appearance.[iv] Secondary identifiers may be the most valuable, from id numbers to documented choices we have made, our purchases and likes.  But these especially must be standard or transferable, from the point of view of host sites.  I omit discussion of the instability of names in biographical databases.  For identification, a legal name is seldom enough; other biographical information is needed to disambiguate. The dates and location of birth, marriage, and death (with spouse’s name and cause of death) have become an expected cluster of public facts—reinforced on application forms and resumes with education, employment, skills or hobbies—documenting an individual with a proper name.

Name and basic bio-data determined, we feel an even stronger identification in the person’s appearance, as on passports we insist on seeing the face and shoulders and signature of the traveler.[v]   Printed biographies since the mid-nineteenth century almost invariably include at least one portrait, often a frontispiece with a facsimile signature, to locate the real subject of the prose text.[vi]  Of course portraiture, like names and events, can be unreliable identification.  Even as photography increased the expectation of seeing “warts and all,” Victorian collective biographies might offer imaginative engravings of captive Zenobia or repentant Magdalen, or—even where historical portraits exist—exotic Pocahontas. The same person looks different in different images over time, particularly in different media such as painting or photography. Further, representation by the same artist or text reduces individual differences to a kind of adaptive resemblance (as in Linked-In).  A portrait or a face can provide the basis for a detective reconstruction of a person, as in forensic archeology that attempts facial reconstruction from skeletal remains, or historical research identifying the subject of an anonymous photograph of a Civil War soldier.[vii]   Yet like the name, the prosopon or face is alienable rather than inherent in identity.   This goes beyond the matter of fake photo ids[viii] to reconstructive surgery and face transplants.

Unstable data—from name, to event, to appearance—serve to represent one life, whether I do it myself or it is done to me, whether I am alive or dead.  In film and television as well as on websites, standard formulae circulate today, expanding beyond the minimal identification I have just considered.  The discourse of celebrity “lives” is so ubiquitous it may seem to have nothing in common with a literary genre, but this mediation of identity draws its formulae from earlier constructions.  Biography online is a kind of difference engine reproducing eminent lives, adding character and anecdote to “basic facts (education, work, relationships, and death)” (“Biography,” Wikipedia.org) concerning Presidents, athletes, justices, entertainers, Nobel Laureates (“Biography,” infoplease.com).  This discourse gets far less critical attention than Facebook and similar social media, which I regard as new modes of prosopography.  (In this regard, I plan to explore further the form and rhetoric of Facebook and other social media.)

A culture that values autonomous narration of one’s own life nevertheless practices schematic collecting of personal narrative with an insatiable passion for sharing in every sense. Perhaps it is reassuring to recognize print-era ways to represent individuals in a collective way. In the biographical museums, the “galleries” or other printed biographical collections, and the new-media presentations of personae, I trace sliding scales of unique identity collectively shaped into recognizable forms that become circulate as exchangeable values (I don’t leave it unsaid that the Web monetizes our willingness to make our life-data into shared bits).  I share this brief sample of emerging work to model an MLA Commons practice for academic/public research.  And to invite collaboration in the study of prosopography in digital mode—research also committed to historical scholarship in print materials.

[i].               On the cabinet of curiosities and spectacles in London see Pascoe, The Hummingbird Cabinet.  Richard D. Altick, The Shows of London, First (Belknap Press of Harvard University Press, 1978) has inspired generations of research.

[ii].               Its first building completed in 1683, the Ashmolean, first university museum, claims to be the first public museum in Britain. Like the Smithsonian federation of museums in Washington, D.C., the Ashmolean gathers under a personal epithet a disparate set of materials and narratives: beginning with the rarities, scientific and botanic specimens, given by the Tradescants, father and son gardeners, to Elias Ashmole.

[iii].              As John Elsner notes, it is “like the Isabella Stewart Gardner Museum…a very special case of the private house that, with its collection intact, is memorialized in situ as museum.”  This was Soane’s plan, to transform “his house into an institution” (“A Collector’s Model of Desire: The House and Museum of Sir John Soane,” The Cultures of Collecting, ed. John Elsner and Roger Cardinal [London: Reaktion Books, 1994], 156-7).

[iv]. Apart from the public “id” components such as passwords and Social Security Numbers, there are other identifiers like fingerprints or voice or smell—the discussion could expand.

[v]. Both portraiture and biography predate modern individualism, of course; visual and verbal representations begin to conform to the idiosyncratic features of the sitter at around the same period in the age of print reproduction.

[vi].  Handwriting as forensic or psychological evidence coincides with other tools of identification established by the late nineteenth century.  Biography uses the autograph (facsimile) as a token of actual signatures collected from the correspondence of famous people and pasted into amateurs’ albums or sold on the market.

[vii]. A recent NPR piece retraces the identity of a young Northern soldier through clues such as his uniform, musket, initials, and height (Martinez).

[viii]. The cheating ring of SAT and ACT test takers in Long Island led to a requirement to provide a photograph with the application, to be matched to a photo id at the test-taking site.

We welcome all scholarly approaches to the study of autobiography, biography, life writing, diaries, letters, life narrative, online representations of identity and personal narrative in print and other media.